Amor Vittone: A Brief Profile And All You Need To Know Amor Vittone has recently found herself to be the subject of many headlines once again following the death of South African rugby union player, Joost Van Der Westhuizen.

With her emotional tribute to Joost, whom she was married to, Vittone is sure to be a subject of many more headlines in the days to come. With that in mind, here are a few facts about the South African singer.

Amor Vittone was born as Amor Ines Vittone on the 16th of March, 1972 in Johannesburg, Gauteng Province, South Africa, where she grew up and went to school. While attending University, Vittone contested and was crowned Miss Johannesburg. She also won the South African Modern and Tap Dance Championships for seven years in a row. The multi-talented star, later on, tried her hand in theatre arts and joined the cast of Girl Talk as well as West Side Story in the State Theatre in Pretoria.

Due to her ever increasing popularity and success on the big stage, Amor Vittone has appeared on the cover of several South African magazines. They include Marie Claire, Vroue Keur, De Kat, Tydskrif Rapport, Sunday Times Magazine, Finesse, Directions, FHM, Keur, Insig, You Fair Lady, Longevity and many more.

As a television host, Amor Vittone has also appeared on a number of shows from as early as 1993; some of which include M-net’s Spot on, Junior Topsport, Road To Riches, ABSA Game Show, Legkaart Bonanza, Mainly For Men and Verimark Quiz Show.

Presently, she is a choreographer, MC, motivational speaker, and singer. Voluit reached gold status in just 6 months and Amor was nominated for a South African Music Award in the Beste Afrikaanse Pop Album category and was the only female to be nominated in the category. The album did so well that Voluit Lewe‘s music video received an award for the best Afrikaans DVD in 2007 at the Afrikaans Music Awards. She was also nominated for ‘Hottest SA Artist’ in 2007.

Her other Albums include Surrender, This Was Then: Amor Greatest Hits, Grootste Treffers, Die Tyd is Nou. 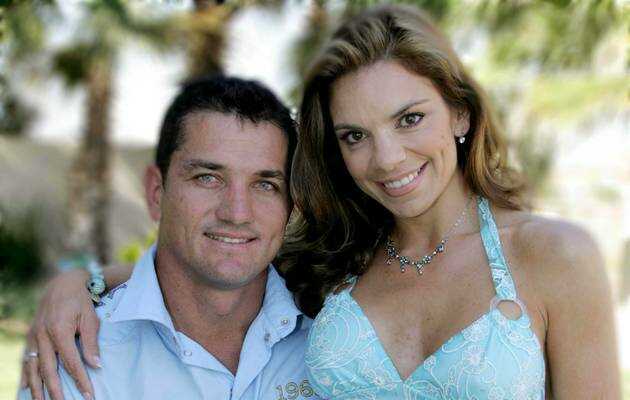 Amor Vittone married rugby player, Joost Van der Westhuizen, in October 2002. The couple had two children together – a boy, Jordan, and a girl, Kylie, before they chose to separate in 2008.

Joost Van Der Westhuizen passed away on the 6th of February, 2017. Since his death, Vittone and her late estranged husband’s family have been at loggerheads over his will.

His family produced a new will, which was supposedly drawn up when the star was too sick to sign it himself, to contest his initial will, which apparently left his estate to Amor and their children.

The second will was however declared invalid by the Master of the High Court, putting the first one into effect and leaving the Van der Westhuizen family with no option but to withdraw its request to declare an unsigned will as valid.

Amor Vittone has gone ahead to reveal that she plans to write a book where she’ll open up about her dispute with the Van der Westhuizen family over his will. She explained that her desire to do so comes from her being tired of being “painted as a bad person and a deadbeat mother”.