Jamal Bryant Children: How Many Kids Does The New Birth Pastor Have?

Jamal Bryant, the senior pastor of New Birth Missionary Baptist Church in Georgia, has six children. There is nothing newsworthy about having six children. But the reason his family size is being talked about is that despite being a pastor, his children are from different mothers. Jamal and his family have received a lot of criticism for his sexual involvement with several women, as no one expects that from a pastor. Let’s see who Jamal Bryant’s children are and what his relationship with their mothers is like.

Jamal Bryant Has Five Daughters and a Son

Jamal Bryant is a father of five girls and a boy. However, only three of these children were born by the same mother – the rest from different mothers. For context, Pastor Jamal Bryant is the lead pastor of New Birth Missionary Baptist Church in Lithonia, Atlanta, Georgia. Unfortunately, some of his children were born out of sexual involvement with church members he was not married to.

There are also reports that Jamal may have up to six of seven baby mamas. If this is true, then he has children that the public does not know about.

Jamal Bryant Has Been Married Once Before, and He Had Three Children With His Wife

The fiery preacher has once married American reality television personality Gizelle Graves. Gizelle is a reality TV star and features in The Real Housewives Of Potomac (RHOP). The two were married from 2002 to 2009 before they went their separate ways due to Jamal’s infidelity.

In the course of their marriage, Jamal fathered three daughters – which includes a set of twin girls – with his wife, Gizelle. At the time of their separation, their daughters were 3 and 2 years old. While they were divorced, they remained friends and still had feelings for each other.

Despite the circumstances surrounding their divorce, there have been reports that Jamal and Gizelle have rekindled their love. Around 2019, there were reports that they had gotten back together. 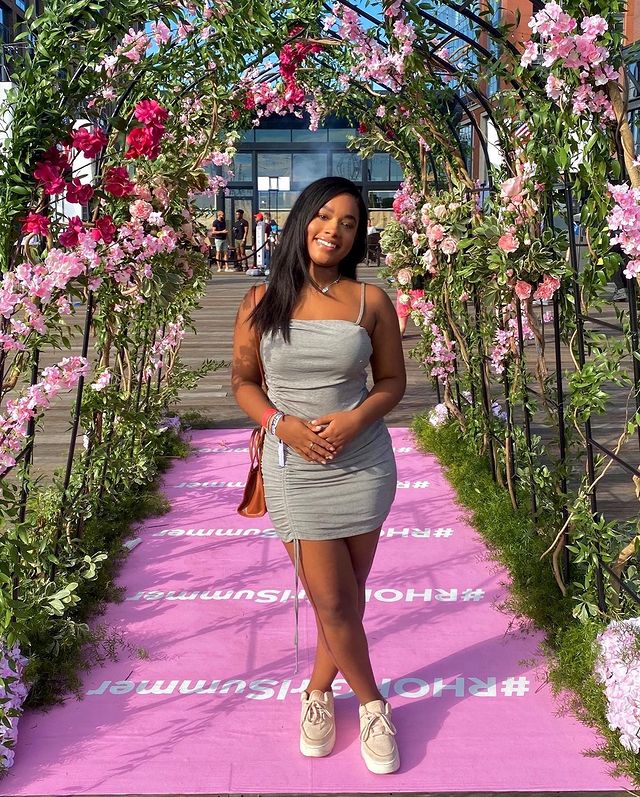 Grace Gizelle Bryant is Jamal Byrant’s first child with his wife, Gizelle, and she took her parent’s good looks. We could not find her IG account, and from the looks of things, her parents prefer to keep her away from the media.

However, we know that Jamal is involved in the upbringing of Grace, and he refers to her as a Rock Star. Grace turned 17 in 2021, and her father shared a very beautiful picture of her alongside a video of himself gyming to let those who may be interested in her know that she is highly protected.

Jamal Bryant Has A Set of Twins With His Ex-Wife

Jamal Bryant is also a proud father of twin girls named Angel and Adore. Not much is known about the girls, but considering that they turned 15 in 2021, they should be in high school as of this writing. From the captions on their father’s IG account, we can tell they are academically sound. Their elder sister, Topaz Byrant, who we’ll get to know as you continue to read, shares an amazing relationship with them.

Topaz Bryant is the first child of Jamal Bryant. She was born on August 18, 1998. Not much is known about her mother and her possible relationship with Jamal. However, from the looks of things, Jamal was involved in his daughter’s upbringing at some point because the girl is very much interested in being a preacher like her dad.

Topaz has shared pictures of her mother on Instagram but did not tag any account. However, it is evident that she does adore her mother. She refers to her as her Queen, mentor, steward, bestie, and inspiration.

The high school Topaz attended is not available to the public. However, in high school, she was a very popular kid. Topaz started her ministry while in high school. On her IG account, you can see videos of her preaching to other students in her school.

At the age of 11, she got the vision to help teenagers, and by 15, she got the name ‘Total Embrace Empowering Network (TEEN).’ At 17, she held her first TEEN summit and was proud to announce that she was now a CEO.

She graduated from high school in 2016, and by then, she was already so sure she wanted to be a preacher. In 2021, she graduated from Free Chapel College, and she currently works with her father as a preacher. Her IG account is filled with pictures of herself and her dad.

You cannot scroll through her IG account and not notice that she shares other special things with her father apart from looks, and he is proud that she has followed in his ministerial footsteps.

Jamal Bryant Has Another Daughter Known As Naomi

Sometime in 2007, Jamal Bryant had an affair with a 17-year-old church member, and she got pregnant for his daughter called Naomi. She has grown into a bold and beautiful lady who is a part of AKA sorority. She is also a fashion model.

There are reports that Jamal may not have been involved in the upbringing of Naomi, so we do not know if she bears his name. There is no available information about who her mother is. However, we know that her mother’s name is Michelle Wedderburn. Although Naomi is active on Instagram, she does not share many pictures.

Jamal Bryant Has A Son

Jamal Bryant also has a son named John Karston, born in 2016. John is one of Jamal’s children born out of an affair he had with a church member. His mother’s name is Latoya Odom. There is no information about the relationship between Jamal and his son and on social media. Jamal does not always post pictures of his son as he does with his other children.