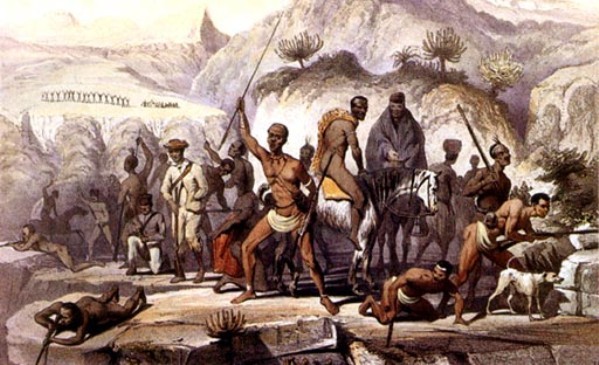 South Africa has come a really long way from days of colonialism, apartheid, and the shaky peace that followed apartheid and developed into the strong nation that the world knows and loves today.

The South African History traced back to as far as 100,000 years ago; where the earliest men to have lived here were more of bushmen/hunters and gatherers, before the Bantu speaking people moved in.

When Jan van Riebeeck came to South Africa in 1652, he came with the intention of developing the shores of the eastern trade route for easy trade and movement of ships.

With the invasion of the Western World, the country faced major conflict in territories between the locals and foreigners, their culture was left wanting, as they were slowly losing ownership and control. Some major spotlight beamed on the country towards the 19th century after the discovery of some precious stones, such as gold and diamond. This only aggrandized the already installed conflict of territories and ownership.

Colonial Expansion and the Formation of ANC There was eventually a major colonial expansion and the Zulus had a hard time with this, even though they were overpowered, they fought back hard under King Cetshwayo. In 1912, the African National Congress (ANC) came into existence and did their best to focus on black power, while the National party formed years later, focusing on white power.

See Also: Apartheid – The Beginning, What Happened, And When It Ended

The ANC party and the Nationalist constantly had major conflicts between them. The National Party soon gathered strength and came out strong in the 1948 election. The 1950’s saw an increase of laws against the black South Africans, there were racial divisions of all kinds and black movement restrictions all under the National Party. This was only the beginning of the South African history towards a bitter oppression of blacks. The National Party which was an all-white government began enforcing existing policies of racial segregation under a system of legislation it called “apartheid”. This increased the statue of the whites and drastically degraded the blacks. It made certain that all non-white South Africans would be forced to live separately from the whites, ensuring that contact between the two groups would be extremely limited. The United Nations and those outside South Africa did their best to interfere on the case, but this dragged on for close to 50 years.

Apartheid meaning being divided/apart; was a system of racial segregation enforced by the National party in South Africa. This practically turned the country upside-down, forcing black Africans to live in the poorer parts and making it illegal for them to work in high places.

With the controversial land act passed in 1913; three years after South Africa had gained its independence, we can say apartheid had already been in the system of the South African policy long before it was officially installed by the Nationalist.

Moving on, South Africa began to face a major downshift in their economy, as the cases of Apartheid increased, sexual activities/marriages between whites and blacks were not allowed. The whites and blacks separated in schools, lands stolen from the blacks and sold to the whites at giveaway prices, the situation only got worse. There were non-violent demonstrations, strikes, and protests all over; this only led to the killing and the injury of unarmed blacks. Nelson Mandela was also at the forefront of the fight for the anti-apartheid cause, he was incarcerated and thrown in jail for his actions from 1963 to 1990.

Apartheid never looked like there was an end in sight, the police would shoot and brutally attack anyone (including children) who opposed, and a national economic recession was fast approaching due to the instabilities. The United Nations had to come in heavy to intervene, they condemned apartheid in 1973 and in 1985, the United Kingdom and the United States forced economic sanctions on the country. This made them begin to look deep into its policies of racial segregation, in 1990, Nelson Mandela was eventually released from prison and he went straight to work closely with the President at that time F.W. de Klerk’s government, focusing on a new constitution for South Africa. A new constitution which included the blacks and other racial groups eventually became effective.