Who is Pearl Modiadie’s Baby Daddy and How Many Children Does She Have? 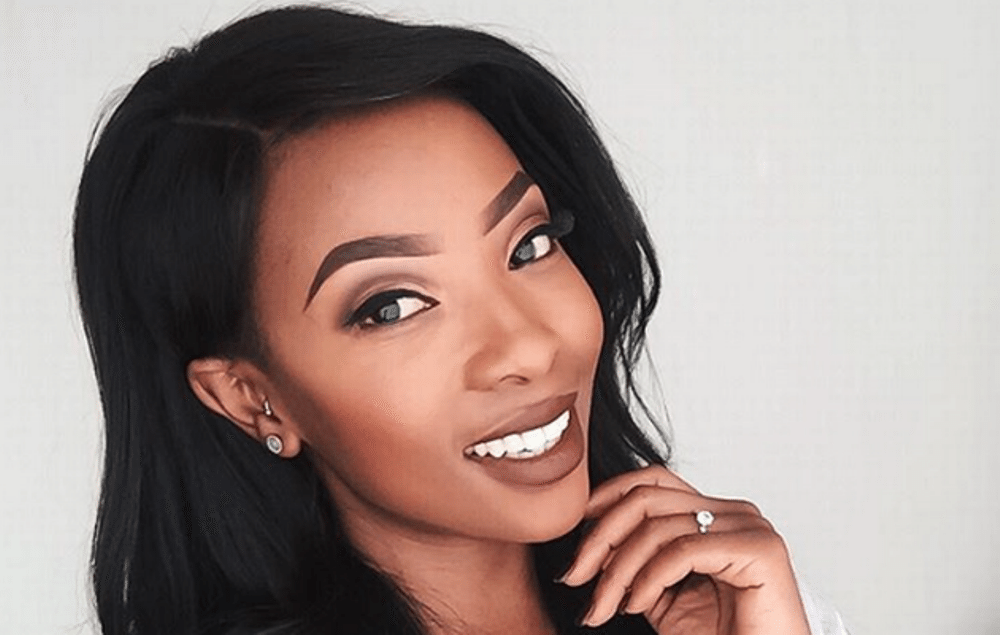 Pearl Modiadie’s baby daddy is Nathaniel Oppenheimer, a French businessman who had dated the media personality for a while. Pearl’s baby for the businessman is also her very first child. There are no records of any other children, biological or otherwise, belonging to the actress.

Pearl Modiadie Initially Hid The Identity Of Her Baby Daddy

Being a public figure, Pearl’s life was one that was always lived in the spotlight. These factors didn’t change anything about the TV personality’s character. The 35-year-old beauty born on December 29, 1987, is known by friends and colleagues as someone who doesn’t like to share details of her personal life with the public.

Therefore, it was no surprise that she was able first to keep the fact that she was pregnant away from the media for the first 6 months of the pregnancy and then subsequently the identity of the baby’s father.

Although it took her team members to reveal that the radio host was expecting a baby, no one, including fans and followers of the radio DJ, could correctly determine the identity of the man who had fathered Pearl Modiadie’s only son. After several attempts by the media and general public to ascertain who this baby daddy might be, she finally opted to tell the world who the father of her baby is.

The mother of one eventually took to social media towards the end of September 2021 to reveal the identity of her baby daddy, who turned out to be none other than Nathaniel Oppenheimer. This was at the birthday celebration of her son.

This revelation piqued the curiosity of her fans and the general public because of the man’s last name. The Oppenheimer name is notable in South Africa because South Africa’s richest man, Nicky Oppenheimer, goes by the same last name.

However, Pearl Modiadie’s revelation of her baby daddy also cleared the air concerning Nathaniel’s link to the diamond mining company. In one of her Instagram posts, she categorically stated that she has no connection to the billionaire Oppenheimer family.

The baby daddy, Nathaniel Oppenheimer, who is a French National, has not bothered to confirm or deny any familial connections to the wealthy South African Oppenheimer. That is not to say that the man in question is poor by any standards. Sources close to Pearl Modiadie have pointed out that Nathaniel is a French businessman whose business interests are not yet publicly known.

As is typical for celebrities, fans of the 35-year-old media personality were not just content with the identity disclosure. They were bent on finding out more about the relationship between Pearl and her French businessman baby daddy.

The beautiful radio host met her baby daddy Nathaniel through a mutual friend. It’s quite important to note that this first meeting happened a little while after Pearl Modiadie called off her previous relationship, which almost led to marriage, with Nkululeko Buthelezi, a South African businessman, in 2017.

Nat and Pearl officially began dating towards the end of 2018, and the actress had subsequently, but briefly, displayed images of the man who was her boyfriend. The fact that he was racially different from her is what Pearl pointed out neither bothered her nor her family members because she had previous experience of being in an interracial relationship, though it failed.

By the time of her son’s birth, the relationship was already on shaky ground. By early January, a few months after the birth of her son, Pearl Modiadie ended things with Nathaniel Oppenheimer. The end to their relationship has not stopped the French businessman from co-parenting their son with the radio host. On the contrary, he has played an active role in the upbringing of a boy who is less than 2 years old.

The lavish one-year birthday party in honor of their young son was possible in large part because of the wealthy businessman’s deep pockets. Pearl Modiadie has also publicly stated that Nathaniel is an incredible father who spends money and time getting to know his child better. She also said that she made the right choice regarding who fathered her child.

Pearl Modiadie Had An Interesting Journey To Motherhood

When she found out she was pregnant, Pearl Modiadie could barely contain her joy and most certainly let a few close friends into her secret. She couldn’t extend the same gesture to the public because of her personality and cultural beliefs.

The young mother used her IG page to announce the birth of her son, who she named Oliver Lewatle Oppenheimer, on September 21, 2021. She described the feeling and longing she had experienced while waiting for his arrival in not too many words. She hid the child’s identity and only revealed it on the boy’s first birthday a year later.

She Received Strong Criticisms For Her Maternity Shoot

In a bid to deliver on an earlier promise to share more intricate details of her journey to motherhood, Pearl Modiadie took to her Instagram page to post images of herself before she gave birth. Some of these images showed her scantily dressed and revealing her baby bump.

This did not go down well with many people who saw the pictures, and they didn’t hesitate to call her out over the way she was dressed. The primary grievance was that the actress had revealed too much skin. Pearl clapped back at the comments by stating that anyone who felt uncomfortable or couldn’t deal with simple baby bump pictures was free to exit her page.

The idea that the birth of another human being is something that completely alters the physical and psychological aspects of a person’s life is something that Pearl Modiadie is experiencing firsthand, and she loves it. Of course, the mother of one admits to still undergoing certain adjustments in her daily life and routine.

She pointed out that the process has been challenging, and it is still not something she is willing to give up on. For starters, her career took a back seat after the birth of her son. However, she has slowly made a comeback and has suitably adjusted to her job responsibilities and motherhood.