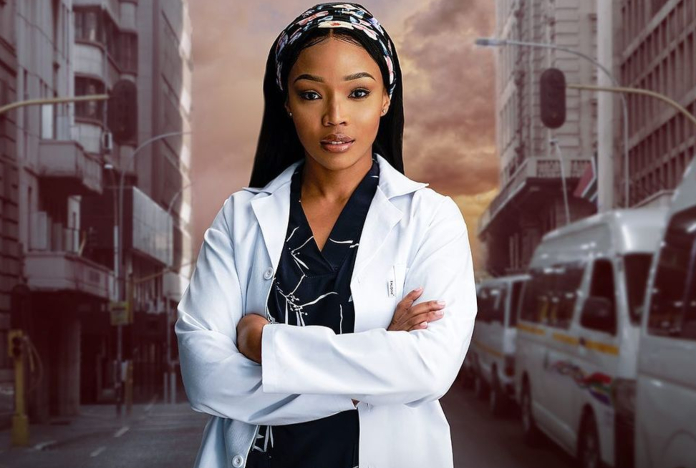 Gaisang Noge (born June 15, 1996; Age: 26 years old) is a South African-born actress, entrepreneur, and YouTuber best known for playing the role of Mampho from e.TV’s the House of Zwide.

She can be best described as a ‘fast-rising star’ in the South African entertainment scenes. Besides the House of Zwide, Gaisang Noge has also featured in other TV series, including Thando and The River. Young Noge became popular in 2021 after appearing as Mampho in the House of Zwide.

She is pretty new in the industry and fast becoming popular. And though her success so far has been on merit, success seems to be in her bloodline. This is because her father, Dosto Noge, is very successful in his career; he is a presenter on the variety television series, Selimathunzi.

How Old is Mampho from the House of Zwide?

House of Zwide’s Mampho is currently 26 years old. She was born on June 15, 1996. Gaisang Keaikitse Noge was born and raised in Vaal Triangle, Gauteng Province, South Africa, and is also a native of Vaal Drieheok.

Her father is the famous Selimathunzi TV presenter, Dosto Noge. Though Gaisang had never disclosed her mother’s identity to the public, there are suspicions that Principal Thobagele from Skeem Saam, Elizabeth Serunye, is her mother.

The famous Mampho from House of Zwide’s real name is Gaisang Keaikitse Noge. Young Gaisang grew up in a loving Christian home. She grew up attending church and participating in bible study and youth services. She also spent her holidays in bible camps, clubs, and summer camps.

However, there is no information on the schools she attended and where she did her college. Gaisang’s course of study is also not public yet. None of Gaisang’s siblings is known to the public, and no one knows if she has any yet.

Before getting a shot in the mainstream, Gaisang Noge had played several roles in stage dramas. However, she officially got into the entertainment industry in 2018. Her first TV appearance was in the Mzansi Magic movie Efa Motho Motho. Gaisang also appeared as Masseuse in River season 2.

Her career seemed progressive as she landed in a short video, 5 Clicks, in 2020, produced by Justin Sandmann in collaboration with Magic Media. In April 2021, Gaisang Noge also appeared as Karabo in the movie Bo Mma and produced by Mzansi Magic with Pula Bokgaga Media. Gaisang Noge never runs out of luck for sure, as she always bags another acting gig after each one.

However, the biggest gis so far came in 2021, when she landed a role in the popular South African TV soap opera, the House of Zwide, where she played the character of Mampho, an intern. This role has become a big deal for her as it has made the actress quite famous. Also, in 2022, she bagged the role of Mavis in the movie, Thando, which was produced by Bakwern Films.

A Summarized List of Gaisang Noge’s Movies and TV Shows

She has not been in the entertainment industry for so long, but from her moves, it is quite telling that she is already a celebrity figure and one that everyone should watch out for.

Aside from her acting career, Gaisang Noge is an entrepreneur. She runs a fashion home named Lufi-D that sells male and female traditional clothing in Johannesburg. The beautiful actress is also a YouTuber, having joined the video-sharing platform in 2015 when she created her eponymous YouTube channel – Gaisang K Noge.

However, for reasons best known to the actress, she waited until July 2020 – in the middle of the  COVID-19 pandemic – to upload her first video. On her YouTube channel, she shares religious and rather unpopular opinions about issues of love, sex, relationship, and faith. In her bio, she clearly states that these unpopular opinions are what she needed as a child, and now, she is sharing them to help others.

Aside from the opinions she shares on her YouTube channel, Gaisang Noge is unapologetic about her Christain faith. Despite being a celebrity, she does not have so many YouTube subscribers. As of this writing, she has less than one thousand subscribers, despite doing YouTube for two years. Her videos have an average of 550 views. It is noteworthy that she has not uploaded a new video on her channel in 2022.

Gaisang Noge is an entertainer and should be very active on social media. Her Instagram handle @ms_noge has witnessed about 141 posts, including photos and videos of herself, which she shares with her about 146k followers. Her Instagram bio makes it clear that she is a Jesus girl.

She isn’t left out on Facebook either. Her posts get up to 10835 likes as she has 13k followers on her account. Her YouTube channel (Gaisang K Noge) has about 492 subscribers. She is undoubtedly gaining popularity among young people.

Gaisang Noge involuntarily showed off her boyfriend to the public via her Instagram handle through a video she posted where she was dancing and could be heard saying, “Baby, look!”. A male figure could be seen in the video, even though his face was not seen.

This led to questions in her comments section by fans, asking for a reveal of who her “baby” was. She bowed to pressure, and in an IG video with her boo, it was revealed that his name is Bakamoso. Surprisingly, their love story is that of love at first sight. Gaisang Noge and her lover, Bakamoso, met in 2018 at a church conference. He was one of the guest speakers at the conference. The story goes that they got attracted to each other after Gaisang Noge served him food.

Though Bakamoso confessed that Gaisang kissed him first, he said her gesture did not just surprise him but enticed him. The lovebirds noted that they started as friends before they united as lovers. Gaisang Noge confirmed that their parents are aware of their relationship and have given their blessings.