Who Is Shirley Gaskins and Is She Still Alive?

Shirley Gaskins (born 1952) is a 70-year-old American woman who rose to the limelight because of her father’s atrocious crimes. Shirley has managed to rise above the embarrassment of being the daughter of a very dangerous criminal.

As of this writing, she is still very much alive and continues to live her life in South Carolina. Some parents leave an enviable legacy that lasts generations for their children, while others leave negative legacies for their children to overcome. Shirley Gaskins belongs to the latter as the daughter of one of the most dangerous serial killers and rapists of the 1970s.

His name was Donald Henry “Pee Wee” Gaskins (born Donald Henry Parrott Jr.). Today, we focus on Shirley Gaskins, the daughter this awful personality left behind, and what has become of her more than three decades after her father was executed.

Shirley Gaskins Is In Her 70s Now

Shirley Gaskins was born in 1952 in Prospect, South Carolina, United States of America. By birth, she is an American citizen and belongs to the white ethnic group. Shirley Gaskins only rose to the limelight due to her father’s infamous profile, so not much is known about her.

Speaking of fathers, Shirley is the daughter of Donald Henry “Pee Wee” Gaskins, one of the deadliest serial killers and rapists of the 1970s. So far, the identity of the woman who gave birth to Shirley has remained unknown and considering that Shirley is over 70 years old, it is more likely that her mother has passed on. Shirley Gaskins spent her formative years in Prospect, South Carolina but every indication points to the possibility that she did so as an only child. Details of her formal education background have been overshadowed by the nefarious activities of her father while he was alive, making it a challenge to determine the extent of Shirley’s academic qualifications from elementary school to college.

Making friends was difficult for Shirley mainly because of her father’s criminal record, which wasn’t even at the height of what it became much later during her adult years. Her community shunned her, and the parents in her community did not want their kids associating with her because of who her father was.

Her Father Was An Absentee Dad

While speaking about her father in the documentary Evil Lives Here: He Said There Was More, Shirley talked about how her father was never around during her formative years because he was in and out of prison. He was more in than out, and during the times that he was out, he was always engaged in activities that would land him in jail rather than those that would keep him out.

Experts say he didn’t know any better because of the circumstances surrounding his birth and subsequent upbringing. The argument about “Nurture” prevailing over “Nature” was never more evident than it was in the case of Shirley’s father, who was more or less raised in an environment that promoted violence and delinquent behaviors.

Shirley’s father was born Donald Henry Parrott Jr. on March 13, 1933, in Florence County, South Carolina. His mother, Eulea Parrott, was a sex worker with several other illegitimate children and didn’t care much about raising those children, including Donald. He was, therefore, left to his own devices and to the care of abusive male relatives who took advantage of his small frame, for which he earned the nickname Pee Wee and relentlessly abused him.

He inevitably got mixed up with the wrong crowd as he grew up and was described as a savvy con artist and master manipulator whose unassuming nature, the diminutive height of between 5 feet 4 in (1.63 m) and 5 feet 5 in (1.65 m), and unimpressive weight of 130 lb (59 kg), made him appear less threatening to unsuspecting victims who only discovered their mistakes too late.

At 13 years old, Shirley’s father, who had long been involved in crimes such as assault, gang rape, and burglaries, was arrested for assaulting a young woman with an axe after she tried to prevent him from breaking into her family home. Initially, he was sent to a reform school for five years. Shirley’s father also dealt with abuse on another level, as his fellow inmates regularly raped him.

Shirley’s Father Was Executed In 1991

On September 6, 1991, Donald Henry “Pee Wee” Gaskins was executed via the electric chair. He was executed not because of the less-criminal crimes he had been committing but because, as time went on, Shirley’s father had not just become a murderer; he had become a serial killer. 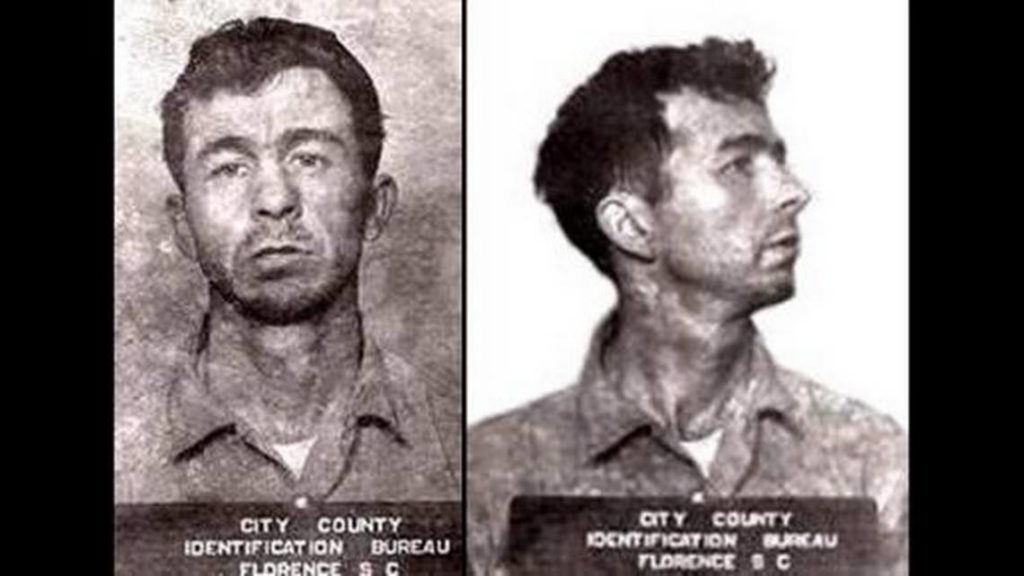 At the time of his death, no less than 15 murders were attributed to him, while he also claimed to be responsible for the deaths of a further 110 victims. So far, his claims haven’t been verified as investigators believe he said them to gain notoriety.

Pee Wee had earlier escaped the death sentence in 1971 when his sentence was overturned by a Supreme Court ruling that sought to get the state of South Carolina to conform with other states which had abolished the death penalty. Shirley’s father eventually met his waterloo after killing a black death row inmate named Rudolph Tyner with an explosive.

Rudolph was on death row for the murder of an old couple he had tried to rob, and Shirley’s father was contracted to kill him by the couple’s son, who later served 8 years in prison. Shirley’s father’s execution was the first time a white man had been sentenced to death for the killing of a black man.

Shirley Gaskins Testified Against Her Father

Shirley Gaskins found out all about her father’s crimes when she was around 25 years old. By then, she had become used to the community’s aversion toward her, and she redeemed some of her dignity when she testified against her father during his trial.

The effect of having a father like that is sure to bring down the faint-hearted, but over the years, Shirley has learned to rise above it all and live the best of her life.

She Still Lives In Her Hometown

Shirley Gaskins is still alive and currently resides in her hometown of Prospect, South Carolina, where she has fostered more than 100 children. She must have gotten married at some point because several sources reveal that her husband died in 2012.

Nothing suggests that she had children of her own during the time she was married. Shirley Gaskins is a testament that one can choose not to be a reflection of their past, no matter how unsavory that past might be.