Was Duke Dennis Jailed and What Were the Charges?

Duke Dennis was jailed sometime in 2021 due to some criminal charges leveled against him by the Greenville Police Department.

The NBA digital gamer is one of the most popular gamers on the internet, with a presence on almost all social media platforms. However, his recent arrest somewhat put a dent in his popularity, but the streamer succeeded in exonerating himself from the charges.

What Was Duke Dennis’ Crime?

Duke Dennis was said to have committed multiple crimes, including domestic violence and sexual assault against an under-aged child.

The rumors about his offenses first hit the airwaves following the release of the YouTuber’s mugshot on several social media platforms. The content creator himself came out to clear the air about his arrest. Leveraging his Twitch streams, Dennis acknowledged that he had a brush with the authorities. However, he pleaded that he was innocent.

When the air was finally cleared, it was discovered that the offense was committed in his past. Duke Dennis was still a high school student when the crime was perpetrated. The offense just caught up with the YouTuber in recent times. Even then, Duke claimed he never did anything that would make him guilty.

With that said, we must also acknowledge the fact that there is a third charge leveled against him that remains unknown. The tidbits we are getting indicate that the unknown charge appears to be connected to the military. Now, when you consider that the popular streamer first served in the United States Army before deciding to become a full-time streamer, the speculations begin to ring true.

Besides, the rumors were somewhat confirmed by his recent streams on Twitch. According to the streams, during Duke Dennis’ days in the US Army, the youngster got involved in a shooting with his cousin. These rumors made the NBA digital gamer a most-talked-about figure on the internet space as fans and the general public strive to understand what transpired.

When Was Duke Dennis Arrested?

The date the popular NBA 2K gamer was arrested was not stated, but according to the speculations, the incident happened towards the middle of 2021. The YouTuber even leveraged his channels to talk about his arrest emphasizing that it is not everyone who gets arrested will be found guilty.

Dismissing his said offenses as mere allegations, Duke was of a strong mind that his innocence would be proved. Yes, the famous Youtuber did go into police custody, where he was locked for a while, but presently, he is a free man.

Duke Dennis has since left jail and has long commenced streaming on his Twitch account. Dennis has also talked about his arrest since returning from custody.

As mentioned earlier, the charges against Duke Dennis were three in number – domestic violence, sexual assault against an under-aged child, and a third one that has remained shrouded in secrecy to date.

According to the Greenville Police Department records, the American YouTuber has been arrested twice in his life. When Dennis went in for the first time, the charges against him were that of 1st degree violence. Sexual misconduct and domestic violence were the reasons he was arrested for the second time. After the news of his arrest hit the airwaves, a few of the YouTuber’s mugshots surfaced on the internet space. Thanks to the mugshot, fans and the general public got an inkling of what was happening in the streamer’s life; that was where the charges against him also came from. 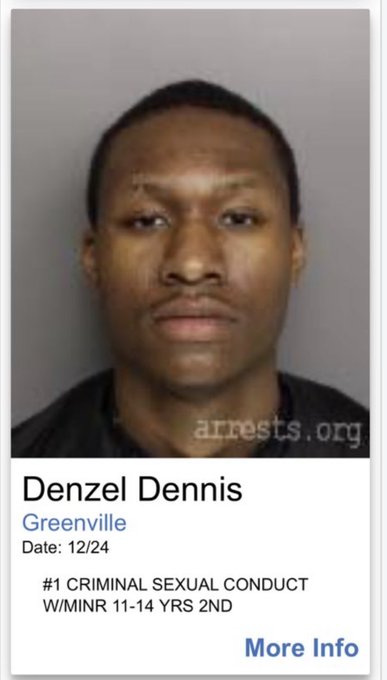 The mugshots were real enough, but the charges he was said to have committed were soon proved to be false.