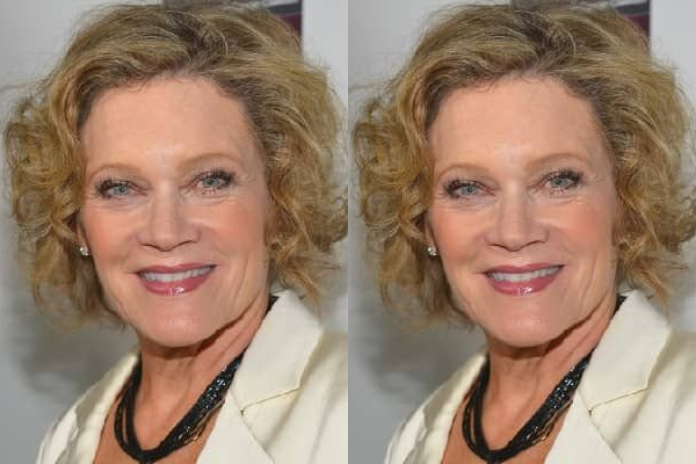 Deborah Mays is the ex-wife of Joe Namath, a former American football player and actor. Aside from being the wife of a celebrity, the beautiful blonde is also a former actress who was featured in the 1981 TV series Greatest American Hero.

However, despite her career efforts, she is still best known as the ex-wife of Joe Namath. Their marriage used to be a safe haven for them until Deborah Mays wanted a more exciting life, and Namath granted her her heart’s desire. Here’s a look at how all that unfolded.

Who Is Deborah Mays?

Deborah Mays was born into a family of five – her parents and two siblings. Not many details about who her siblings are are available to the media. However, we know that her brother Jeffrey Mays is late now. Her parents, Bud Mays and Shirley Mays, welcomed her into the world on the 1st of March 1962.

Mays Dropped Out Of College To Pursue Her Career In Acting

Deborah Mays was a student at Sweet Briar College in Virginia. However, after a year, she dropped out and moved to Los Angeles to pursue a career in acting. Her decision may have come as a surprise to some people seeing that she used to be a brilliant student while in elementary school and high school.

At the age of 15, her family moved from Pennsylvania to California, where she was enrolled in Northeastern High School. Deborah graduated from high school earlier than most of her mates due to how smart she was. Her passion for acting overwhelmed her academic prowess, which was why she decided to drop out of college.

Joe Namath And Deborah Mays Met At A Voice Class

When Deborah was 21 years old, she was a voice training student under Arthur Joseph, a highly esteemed voice teacher. In her training, she revealed to Arthur that she would love to get married to a footballer. Around the time when she was to end her training, Joe Namath also became Arthur Joseph’s student.

Arthur Joseph brought to remembrance what Deborah Mays had told him and decided to connect Joe to her since he was a footballer. However, Joe Namath did not buy Arthur’s idea seeing that he was already up to 40 years old and she was only 21 years old at that time. Arthur Joseph, not giving up on his match-making attempt, insisted that Joe should speak to Deborah – which he did – and in no time, they started dating.

After dating for about one year, Deborah and Joe were finally ready to exchange marital vows with each other in 1984 as Deborah took the responsibility of planning the wedding herself. Their marriage took place on the 7th of November 1984 at a friend’s backyard in Coral Ridge Country Club, Fort Lauderdale, Florida.

Joe Namath looked like a perfect gentleman in a gray pinstripe suit, while Deborah looked so beautiful in a white silk dress designed with cafe-length lace. She also had a pink sash around her waist. Although Joe Namath was a celebrity at that time, their wedding was low-key and was attended by just friends and family.

Their Family Was Blessed With Two Children

On the 12th of October 1985, Joe and Deborah welcomed their first child named Jessica Grace Namath. Five years later, their second child, Olivia Rose Namath, was born. Their first daughter was married to Brian Kennedy but got divorced in 2019. Her marriage, however, made her a mother of a boy.

Olivia Rose, Deborah’s second child, got pregnant at 16. Her mother stood by her and helped her raise her daughter (Natalia) to allow her to continue her education. The father of Olivia’s child is a young man named Edwin Baker, who was dealing with hard drugs and had even gone to prison.

Before Getting Married To Joe Namath, Deborah Mays Started Building A Career As An Actress

Deborah Mays’ decision to drop out of college for acting seemed to have been paying off around the early 1980s. From 1981 to 1983, she was featured in the TV series Greatest American Hero. There are reports that she also featured in some other plays, but her career as an actress did not blossom as much as she may have expected that it would have.

After marriage, Deborah continued with her passion for acting. In the 1990s, she organized a Chekhov play in Manhattan, and her husband took the responsibility of paying for the theatre for four days. She was also featured in the 2012 Namath documentary.

In the early years of their marriage, Joe Namath struggled with alcoholism. His wife promised to leave the marriage if it continued, and so in a bid to keep his marriage, he stopped abusing alcohol and became a sober person. Despite being divorced, Joe still gives Deborah credit for helping him fight his battle against alcohol.

Getting married to Joe Namath made ‘Deborah Mays’ ring a bell as Joe Namath’s wife rather than the actress she was. This was not pleasing to Deborah. As such, she decided to change her name first to “Mays Namath,” and then later, she changed it again to “May Tatiana Namath.”

It was later revealed that Deborah Mays had lost her identity due to being Joe Namath’s wife. According to People magazine, she changed her name in 1999 after her cousin, who shared the same name with her, was killed.

After 15 Years Of Marriage, Joe Namath Filed for A Divorce

Everything was going on fine in the family of Deborah May and Joe Namath until they went on a trip to New York with their children. When it was time to return, Deborah preferred to stay back. She would eventually return to her family sometime in 1998, but by the following summer, she was off to California, and according to Joe, she wanted to stay in California.

On the 19th of March 1999, Joe Namath filed for a divorce and requested custody of his children. By May 17, their divorce was finalized, and Deborah did not go into a custody battle with him.

Deborah Mays Had A Second Marriage With Brian Howard Novack

Deborah Mays’ decision to leave her marriage with Joe Namath was because she had found happiness with someone else, a plastic surgeon at Beverly Hills known as Brian Howard Novack. In an interview, she revealed that her marriage had become boring.

Joe loved to play golf and watch sports while she wanted to visit the museum, theater, or an art gallery. She could not continue to live in Florida with him. After getting a divorce from Joe, she started a new life with Brian and changed her name to “Titianna Novack.”

But, her marriage with Brian was not the happiness she was seeking, as they also got divorced after some time. She owns a house at Pacific Palisades, Los Angeles, worth $6,900,000. There are reports that she received this house as compensation after her divorce from Brian.

She Lost Her Brother To A Fishing Accident

At the age of 18, Deborah Mays lost one of her two siblings due to a fishing accident. Her brother, Jeffery Mays, went fishing with his friends in 1980. Unfortunately for them, the weather was not in their favor that day, and their ship was wrecked.

Not only did he die in the accident, but his body and that of his friends also were not found. It was such a terrible and sad experience for Deborah Mays and her family, but thankfully, they were able to move on with life.

Deborah Mays is currently building a career in playwrighting. She lives under the radar and is believed to be in touch with her daughters – Jessica and Olivia. After her divorce from the plastic surgeon, she has not been reported to have gotten married again. Joe has also never remarried since his divorce from Deborah Mays.