If You Used Any Of These 12 Cell Phones In SA, You Are Very Close To The Grave The mobile phone has been a huge magnet for invention and a window on modern technical achievements. This fascinating progress is presented below through the careful selection of the mobiles that were the first to hit a technology mile-stone that influenced the entire industry and changed the functions and performance of a product that we all carry around every day.

The launch and sale of mobile phones in South Africa began in the 1990s when Vodacom and MTN launched the first cellular services in 1994, which laid the foundation for providing most South Africans with voice and data services. Since then, there have been different arrays of mobile phones in different cases, some beautiful and others even more beautiful. But while most of us may have forgotten what mobile phone looked like back when they were first introduced, we want to remind you of what your phone looked like back in those good old days.

See Also: 10 New Innovative Technologies That Will Change Your Life

We started from the first generation analog cellular networks to the GSM (Global System for Mobile Communications) standard services. When the GSM era began, Vodacom and MTN were the very first companies to give us some the phones we loved most and the ones we will not forget in a hurry. These are some of the earliest phones used in South Africa so if you actually had the money to buy one of these phones back then, it goes without saying that you are definitely no longer a young adult.

Orbitel maintains the title of the first GSM mobile in the world to receive official type approval and also the first to receive an SMS. MTN introduced the Orbitel 901 into South Africa as a car phone as far back as 1992. Nokia came to market as one of the strongest phones of its kind. So Nokia 1011, was commonly nicknamed the “BRICK” and was one of the first mass-produced GSM phones. It boasted a 2 line, 8 character monochrome LCD display, had dimensions of 195 x 60 x 45mm and weighed 495g. The memory could hold 99 phone numbers, and the phone offered talk time of 90 minutes and standby time of 15 hours. By the standards of the 1990s, Nokia 2010 was quite the thing. It was a better-modified version of Nokia 1011, it had a talk time of between 70 and 150 minutes and weighs 275g. This one featured a call log, ringtone selection, ringtone volume and any key answer. Alcatel HB100 featured an LCD screen, had dimensions of 170 x 65 x 23mm and offered a phone memory of 50 entries. It also had a calendar and a calculator which made it quite popular. The phone weighed 365g and offered 1.3 hours talk time and 28 hours standby time. Launched in 1993, the Ericsson GH197 was the digital version of a prior Ericsson. It was the most expensive phone in its time even more than Nokia and Motorola. It had top quality audio performance, due to Bang and Olufsen components, but was lagging behind with in terms of memory for numbers as they could only be stored on the SIM card. 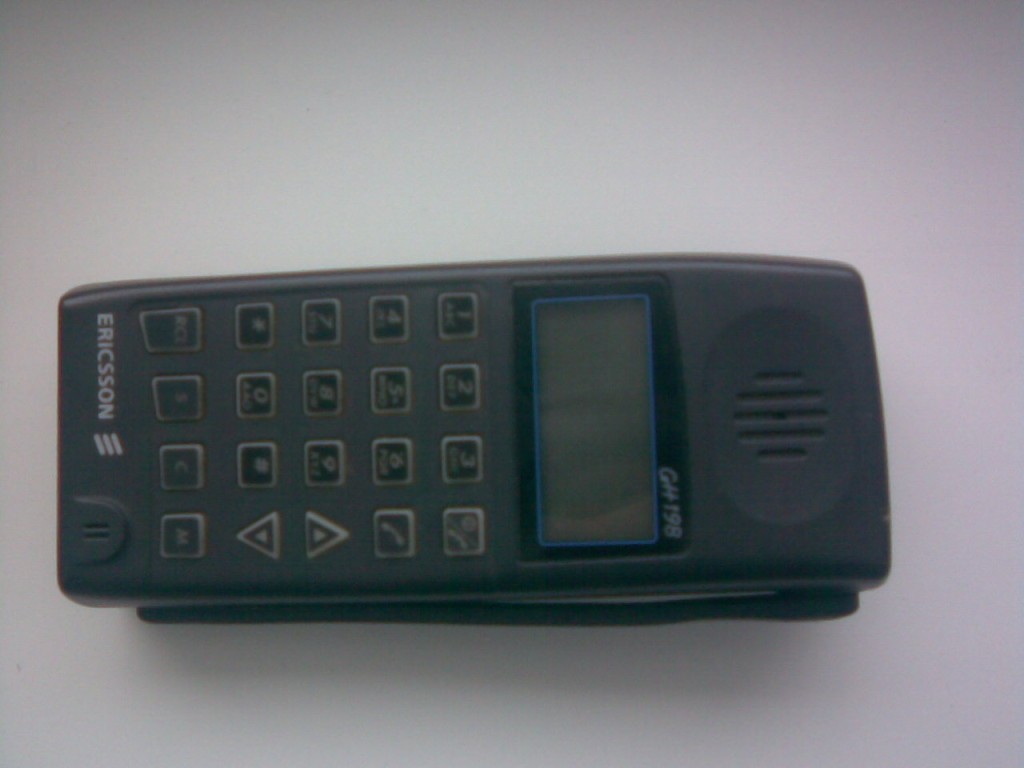 Launched at almost the same time as the GH197, The Ericsson GH198 features an LCD display, a built-in clock, an alarm, and a calculator. The phone had dimensions of 141 x 59 x 29mm and offered a 1 hour talk time and 50 hours standby time. This was quite the head turner in its time. It could receive messages, had a clock and alarm, used a mini sim and weighs 193g. Manufactured originally in Denmark, Hagenuk MT-2000 was the first phone to have a game on it. It used a built-in antenna instead of the usual extending antennas. For Motorola, the era of new and styled handheld phones began with the 8200. It had a systematic vibration call mechanism that made its users even more sensitive to the presence of the phone.